Regulators recognize that some gamblers spend more money than they can afford while gambling, leading to negative consequences, including the use of misappropriated funds to finance the activity. Identifying these customers has become a priority for operators but poses several challenges as affordable limits vary strongly between players. The use of rule-based thresholds for triggering action, such as amount spent, are very inefficient in finding the right people; if set too low most of those reaching a certain spending threshold will not be in the target group, if set too high, then most of those in the target group will be missed. As a result, such broad approaches are ineffective in reaching or producing improved outcomes for players most likely to be overspending. To address the gap and supplement operator host responsibility efforts, in 2015, Focal Research Consultants Limited initiated original research to develop algorithms designed to find those most likely to be spending beyond affordable limits. Risk detection is based on player behaviour and play decisions regardless of the absolute amount of money spent. Focal developed a new Affordability construct for the FocaL Adult Gambling Screen (FLAGS), a seven-item scale to identify those players most likely to be spending beyond their means and to be obtaining cash to do so in non-traditional ways. During testing, the new scale was administered to over 10,000 regular EGM players from three different countries (UK, AU, NZ) representing 8 different operators and over 300 venues. Using these datasets, Focal developed effective algorithms and profiles for accurately detecting and assisting at-risk ‘Overspenders’. These customers pose unique risk to communities and operators and would otherwise be invisible to operators when using rule-based or other methods of detection. 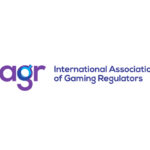 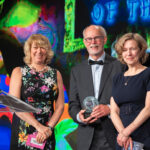 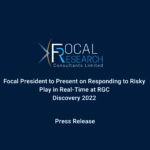 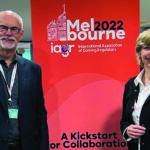 Melbourne, Australia
(Sat - Thursday)
(10am - 05 pm)
Contact us
We use cookies on our website to give you the most relevant experience by remembering your preferences and repeat visits. By clicking “Accept”, you consent to the use of ALL the cookies.
Do not sell my personal information.
Cookie SettingsAccept
Manage consent

This website uses cookies to improve your experience while you navigate through the website. Out of these, the cookies that are categorized as necessary are stored on your browser as they are essential for the working of basic functionalities of the website. We also use third-party cookies that help us analyze and understand how you use this website. These cookies will be stored in your browser only with your consent. You also have the option to opt-out of these cookies. But opting out of some of these cookies may affect your browsing experience.
Necessary Always Enabled
Necessary cookies are absolutely essential for the website to function properly. These cookies ensure basic functionalities and security features of the website, anonymously.
Functional
Functional cookies help to perform certain functionalities like sharing the content of the website on social media platforms, collect feedbacks, and other third-party features.
Performance
Performance cookies are used to understand and analyze the key performance indexes of the website which helps in delivering a better user experience for the visitors.
Analytics
Analytical cookies are used to understand how visitors interact with the website. These cookies help provide information on metrics the number of visitors, bounce rate, traffic source, etc.
Advertisement
Advertisement cookies are used to provide visitors with relevant ads and marketing campaigns. These cookies track visitors across websites and collect information to provide customized ads.
Others
Other uncategorized cookies are those that are being analyzed and have not been classified into a category as yet.
SAVE & ACCEPT
Skip to content